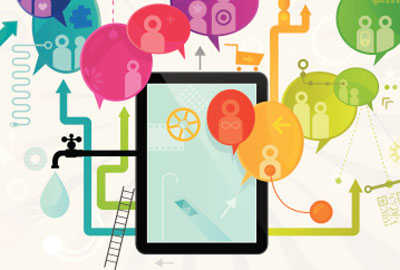 Even though there are more Android devices than iPhones in the world, the number and variety of Android Apps lags compared to Apple’s Mobile Apps. Developers constantly struggle to produce intuitive, beautiful and useful apps for the Android platform. Their challenges spring from the plethora of devices available on Google’s operating system, as well as unreliable operating system upgrades. Here’s a list of reasons why Android is often the curse of an app developer.

There are too many versions of the Android operating system in circulation. This means that developers can’t just focus on the most recent versions of the OS. Not everyone has upgraded. It’s not easy for users to upgrade their operating systems, and carriers have little incentive to do so. In order to work around this problems, developers need to determine which operating system are most popular and develop with the latest widely adopted version in mind. Mobile Developers also need to conduct a research on which handsets that are popular among their customers and familiarize their selves with the carriers’ upgrade schedules. Another alternative is to consider the oldest OS that’s still in wide circulation and create an app that will work on that system.

Developing for the iPhone is easy from the hardware perspective. There are currently only few devices running iOS. By contrast, according to Flurry, a mobile applications analytics firm, that there are at least 331 different models of smartphones and tablets running Android that developers need to consider if they wanted their Android apps available on about 90% of devices. Each device with widely varying features, from keyboards (or lack thereof) to cameras to buttons, plus different screen shapes and sizes. It’s a development nightmare. Developers need to conduct a market research to find out which devices are most popular with their audience and develop those first. Expand from there if and when possible.

Button A on Device 1 does Function X. The problem? Button A on Device 2 does Function Y. Button configurations vary from one device to another and one those not simply design an app that relies on Button A to do same thing for everyone. Users may grow frustrated and give up on an app that doesn’t perform intuitively. In order to tackle this trial, developers need to understand which mobile devices their users prefer and how they use features like touchscreens and buttons. Focus groups and crowdsourcing through social media are two good ways to gather this information. Another way is to test it yourself and play around with many different Android devices to get a feel for the user experience.

Lack of governance in the Android market has led to a spread of malware programs that can masquerade as trusted Android apps. The openness of Android has made it vulnerable to attack. To make matters worse, unlike traditional open source software, fragmentation on Android makes it demanding to roll out fixes, so many devices remain exposed. It’s hard to keep clients happy and maintain trust when security problems can’t be fixed quickly. Mobile Developers should monitor their apps for security issues and always stay tuned to what’s happening in the platform. When security problems do arise, have a plan to ensure that users understand the scope of the problem and the extent to which it affects the app.

Google has taken a deliberately hands-off stance when it comes to the Android OS. Open source code offers a low barrier to entry for Android apps developer, which can be both a blessing and a curse. A lot of developers would like to see Google police the ecosystem better, implementing more rigorous standards and an app review process. The good news is that Google seems to be moving in the right course. It claims that the new versions will make it easier to produce attractive, user-friendly apps for Android.