The Future of Mobile App Development in the Philippines 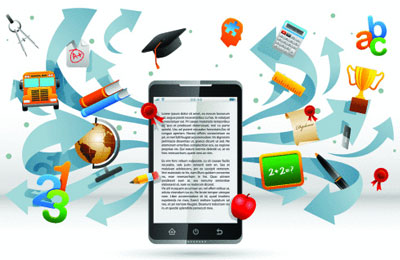 Currently, Mobile App Development in the Philippines is more accessible because of the internet. Programmers and aspiring mobile application developers can learn about this technology by downloading and viewing videos on their desktop or mobile devices. Internet and mobile marketing remains to be at the early stages in the business environment in the Philippines. The users of the two media in the country have grown enormously through the years, with internet users totaling 9 million or 9% of the total population. Mobile users on the other hand, boast of an astounding 35 million users or 40% of the population.

The era of mobile computing, dominated by Apple and Google, is driving among the greatest shifts in consumer behavior over the last forty years. On top of this enormously growing iOS and Android device installed base, roughly 40 billion applications have already been downloaded from the App Store and Android Market.  Particularly, consumers are separating their time accessing services on the Internet from PCs versus doing so on mobile devices from apps. On average, adult mobile users who have downloaded an app to their phone nearly doubled in the past 2 years – rising from 22% in September 2009 to 38% in August 2011.

The analysis also shows that people are devoting ever more time in mobile applications. Time spent in apps and the web, combined, has grown as users lead a more connected life. This progress though has been driven entirely by applications. The growth in time spent in mobile applications is slowing – from above 23% between December 2010 and June 2011 to a little over 15% from June 2011 to December 2011. The growth is predominately being compelled by an increase in the number of sessions, as opposed to longer session lengths. Consumers are using their apps more frequently.

Step by step Filipino developers are now emerging and venturing into tablet and mobile app development. If you want to be an app developer in the Philippines, you really have to be creative and industrious so you get the materials you need. There is still much room for improvement needed for us to be at par with other countries in terms of app development. Opportunities for app developers are vast all because of our ability to interact with the web and its resources.

We at FastTrack IT Academy offer iOS and Android Mobile Development training to help programmers and aspiring mobile app developers to create their own apps. Both courses are 10 day classroom based hands-on training program using the best practices and patterns available.

There is a big market out there that is yet to be tapped.