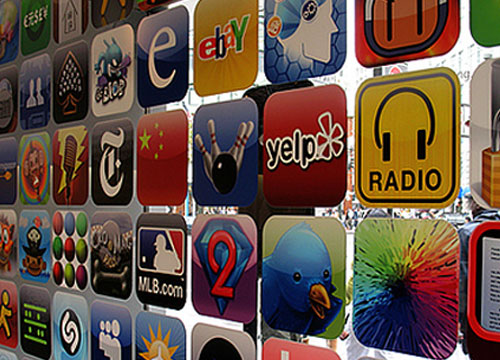 According to new data from the research group Gartner Inc., worldwide mobile app market downloads will surpass 45.6 billion in 2012. Its a clear sign just how quickly for the demand of apps is growing.

Apple, Google and Microsoft dominate the global mobile application market, with Apple having the largest portion of app downloads in 2012. Gartner anticipates that there will be 21 billion mobile apps downloaded from Apple’s App Store this year, a 74% increase from the previous year. Gartner predicts that these companies will see growing competition in the smartphone app market.

“Amazon has appealed to users with its strong brand, global presence and a good selection of high-quality content while Facebook’s recently launched App Center — supporting both mobile devices and desktops — will become a powerful competitor due to its strong brand and leading position in social networking and gaming,” said Sandy Shen, Gartner’s research director.

Brian Blau, Gartner’s research director, said that “app stores should support in-app purchases as soon as possible as this offers a new path of monetization, and helps to attract developers as they attempt to extend an app’s momentum by providing easy access to upgraded services and functionality”. 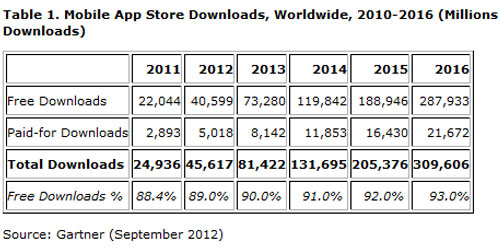 Gartner suggests adopting the in-app purchase business model. They said that it is a more effective method of converting casual app users into paying customers and then retaining them with good user experience and continued product updates. In-app purchasing opens the door to a recurring revenue stream for mobile app developers, but mobile apps performance and design will always be the most significant factor when appealing to new users and keeping them satisfied.