Infographic: The Mobile Industry In Numbers 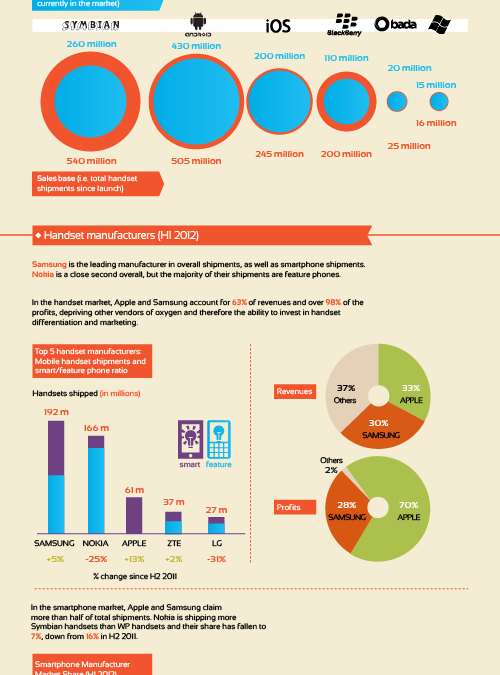 Here is an Infographic from VisionMobile – The Mobile Industry In Numbers – the watchlist of the top mobile platforms and handset manufacturers.

Here are some of the insights from the infographic:

In the past six months, overall devices shipments took a small dip, but smartphone shipments grew by nearly 10%. In certain regions , like the US, smartphone penetration is greater than 50%. As the smartphone devices continue to grow, so as the mobile apps that goes with it. A new reports foresees that Apple iOS and Google Android will continue to dominate the mobile application space maintaining more than 75% revenue share in 2017, as the market grows exponentially into a multi-billion dollar industry.

Are you already using a smartphone? If so, then you are already part of the growing multi-billion mobile industry that will forever shape our future.